Charlton Athletic had a nomadic existence in their early years after forming in 1905 but finally settled at The Valley. It was built in 1919, in part by a group of Charlton fans. For many years, The Valley was one of the largest stadium’s in Britain at around 75,000. Since reopening in 1992, it has undergone significant development.

The North, East, and West Stands have all been almost completely rebuilt, making the stadium unrecognisable from previous years. The North Stand opened in 2002, and turned what was a single tiered stand into a large two tiered stand. Should Charlton return to the top tier, they have plans to expand to a 40,000 capacity stadium.

Away fans visiting The Valley are located in the Jimmy Seed (South) Stand, named after their 1947 FA Cup winning manager, with a typical allocation of up to 3,000.

For directions to Charlton Athletic’s The Valley (SE7 8BL for Sat Navs) from wherever your journey starts, just type in your postcode or starting location here:

Matchday parking at The Valley on matchday is restricted to permit holders only, and parking around the stadium itself is restricted due to a residents parking scheme. However, there are some street parking options slightly further out.

We’ve compiled a list of car parks, below, near to The Valley for hassle free parking while you’re at the match.

Charlton Railway Station is just a 5 minute walk from The Valley, and is served by trains from London Bridge, Charing Cross, and Waterloo East. Exit the station on to Charlton Church Lane and cross over, walking straight up Floyd Road, and then a right into Valley Grove where you will see the stadium approaching.

An alternative is to get on the London Underground and take the Jubilee line to North Greenwich, followed by a 15 minute journey on either the 472 or 486 bus.

There are a number of away friendly pubs near The Valley, all of which cater to different needs. Please note, however, that some bars require club colours to be covered and some do not allow children.

However, rather than take our word for it, we want to give you the view from other away fans who have visited The Valley.

Over the coming months we will be building up fans reviews of the best places to drink on an away trip to Charlton Athletic, and you’ll be able to find them here.

The Angerstein Hotel has a large, comfortable bar with four TV screens showing all live matches of the day.

We have a 21 room hotel above, at a reasonable price. Located between historical Greenwich and Charlton, we are a 10 minute walk from Charlton Athletic’s The Valley.

We offer free food on match days for away supporters. 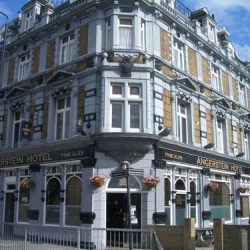 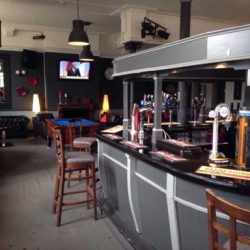 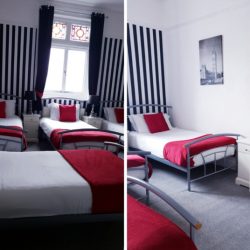 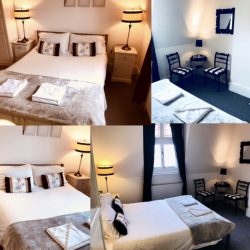 London offers a variety of overnight accommodation to suit all budgets.

Upcoming Visitors to The Valley

See what other away fans think of Charlton Athletic’s The Valley in our ‘Away Day Reviews’.

See how Charlton Athletic perform in our away day rankings, where away fans rate the pie, pint, cuppa and away day overall.