The Jonny-Rocks Stadium has been home to Cheltenham Town since 1932, though it did not host league football until 1999 when Cheltenham were promoted as Conference Champions. The stadium has a fairly modern feel about it, with two of the stands opening in the 2000’s, though it still has a lot of character.

The Colin Farmer Stand and the Hazlewoods Stand are the most recent additions to the stadium, opened in 2001 and 2005 respectively. The stadium is enclosed between these two new stands, although it isn’t used for supporters. The Main Stand, opened in 1963 is a combination of seating and terraces, but doesn’t stretch the full length of the pitch.

Away fans visiting the Jonny-Rocks Stadium are located in the Hazlewoods Stand, with a typical allocation of around 1,100.

For directions to Cheltenham Town’s Jonny-Rocks Stadium (GL52 5NA for Sat Navs) from wherever your journey starts, just type in your postcode or starting location here:

There is limited parking at the stadium itself, but the nearby social club does offer parking as well. There is also the option to park and ride at Cheltenham Racecourse.

We’ve compiled a list of car parks, below, near to the Jonny-Rocks Stadium for hassle free parking while you’re at the match.

Cheltenham Railway Station is around 2 miles away from the stadium, so many away fans choose to take a taxi rather than walk. Alternatively, The Stagecoach D bus will take you into the town centre which is much closer.

However, for those that wish to walk, exit the station and turn right onto Gloucester Road. Continue until you reach St George’s Road and take a right. Follow St George’s Road before taking a left onto Royal Well Road which becomes Clarence Parade. Turn right on to Clarence Street and then follow this all the way up until you can turn right onto Fairview Road. You will eventually turn left on to Winchcombe Street which then becomes Prestbury Road. Follow this around and over the roundabout, and then turn right onto Whaddon Road. You’ll then see the stadium approaching in front of you.

There are a number of away friendly pubs near the Jonny-Rocks Stadium, all of which cater to different needs. Please note, however, that some bars require club colours to be covered and some do not allow children.

However, rather than take our word for it, we want to give you the view from other away fans who have visited the Jonny-Rocks Stadium.

Over the coming months we will be building up fans reviews of the best places to drink on an away trip to Cheltenham Town, and you’ll be able to find them here.

Parklands is a family-run, inclusive community centre located just behind Cheltenham Town FC. We have a welcoming and lively lounge bar that is open before and after each CTFC match, where home and away fans happily mingle together.

SKY/BT Sports are shown on a large screen, and there is a pool table and darts available. We serve a good range of beers and spirits, including Madri lager. Light refreshments are on offer in the bar area, and we have a popular burger van stationed in our car park on match days. In warmer weather, customers are welcome to use the lovely grassed area outside where tables are provided. 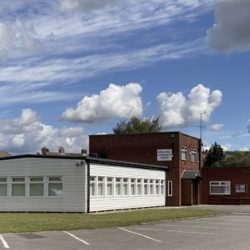 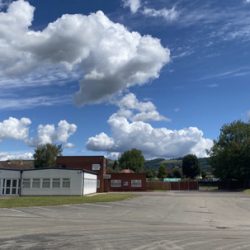 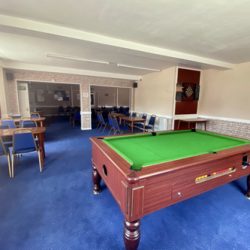 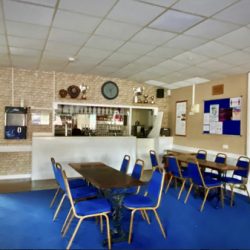 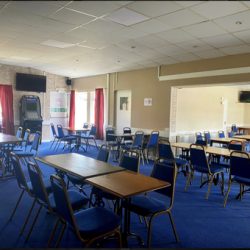 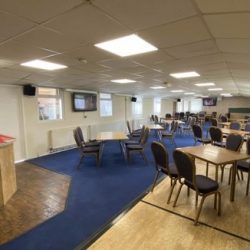 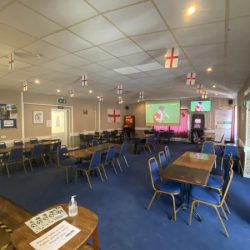 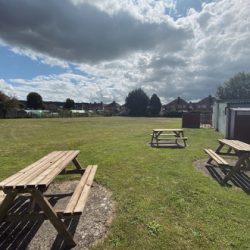 Cheltenham offers a variety of overnight accommodation to suit all budgets.

Upcoming Visitors to the Jonny-Rocks Stadium

See what other away fans think of Cheltenham Town’s Jonny-Rocks Stadium in our ‘Away Day Reviews’.

See how Cheltenham Town perform in our away day rankings, where away fans rate the pie, pint, cuppa and away day overall.