The MK Dons moved into their £50m purpose built, all seater stadium in 2007 having spent a couple of years at the National Hockey Stadium. Designed by the same architects as those responsible for the Emirates and Wembley, Stadium MK is an impressive looking stadium, particularly for the league they play in.

The recent addition of seating in the upper tiers has made the stadium look even better. The North, South and East Stands are two tiered, with a large lower tier and a smaller overhanging upper tier. The West Stand is similar but instead contains corporate hospitality and the Director’s Box.

Away fans visiting Stadium MK are located in the North East corner, with a typical allocation of around 3,000.

For directions to MK Dons’ Stadium MK (MK1 1ST for Sat Navs) from wherever your journey starts, just type in your postcode or starting location here:

There are around 2,000 spaces at the stadium itself, which cost £7 per vehicle. If you’re looking for a cheaper alternative, then fans also park at the nearby Denbigh West Industrial Estate. There are also other matchday car parks located near the stadium.

We’ve compiled a list of car parks, below, near to Stadium MK for hassle free parking while you’re at the match.

The closest station to the stadium is Fenny Stratford, but this isn’t served by mainline trains so you’ll more likely arrive at Bletchley which is served by trains from London Euston and Birmingham New Street.

Bletchley is just over a mile and a half to the stadium so some fans may wish to take a taxi. However, for those that wish to walk, turn left when you exit the station and you will then need to walk down a set of steps. Once you reach the bottom of the steps, take a left under the railway bridge. Continue until you reach a roundabout where you should turn left on to Saxton Street. Follow this road all the way, first bending right, then left, then over a roundabout. You will then see the stadium approaching on your left.

There are a number of away friendly pubs near Stadium MK, all of which cater to different needs. Please note, however, that some bars require club colours to be covered and some do not allow children.

However, rather than take our word for it, we want to give you the view from other away fans who have visited Stadium MK.

Over the coming months we will be building up fans reviews of the best places to drink on an away trip to MK Dons, and you’ll be able to find them here.

The Chequers @ Fenny Stratford is a fantastic find for those fans looking for a small Taproom serving Great Cask Ales and Beers from around the world. The bar always have a minimum of 4 Cask Ales, 2 Craft Beers alongside Amstel, Guinness & San Miguel.

They also stock specialist European bottled beers such as Maisel Weiss, Chimay, Delirium, Westmalle and Erdinger. Prices start at £4 per pint for Casks and Keg Lagers with Craft beers from £4.50 per pint. You can add one of our Match Day pies for just £1.50 or even treat yourself to one of our pre match Pizzas or Dirty Chips.

The bar is situated within 1 mile (20 minutes walk) of Stadium MK and is very away fan friendly. There is a small car park at the pub but this is first come fist served and must be booked in advance via the pub’s website. 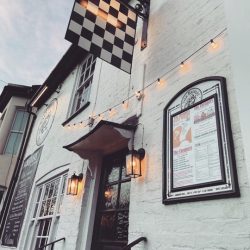 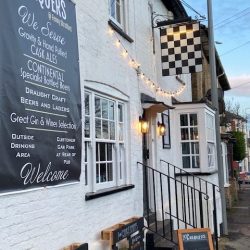 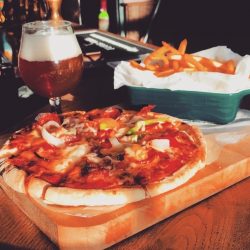 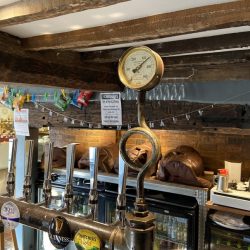 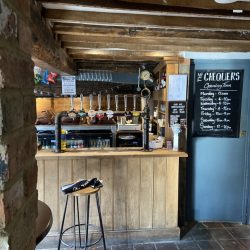 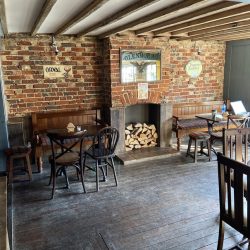 Milton Keynes offers a variety of overnight accommodation to suit all budgets.

See what other away fans think of MK Dons’ Stadium MK in our ‘Away Day Reviews’.

See how MK Dons perform in our away day rankings, where away fans rate the pie, pint, cuppa and away day overall.