After outgrowing their previous ground, The Nest, Norwich City moved to Carrow Road in 1935 after the purpose built stadium was built in just 82 days. The stadium has been developed a number of times during its history, most notably after a fire destroyed the old City Stand in 1984.

The newest stand is the South Stand, which was completed in 2004. This is an impressive cantilever, single tier, all seated stand accommodating up to 8,000 fans. All but one of the corners are filled in, the other being overlooked by a hotel. Carrow Road boasts the world’s first revolving LED screen to be installed in a football stadium.

Away fans visiting Carrow Road are located in one side of the South Stand, nearest The Barclays Stand, with a typical allocation of around 2,500.

For directions to Norwich City’s Carrow Road (NR1 1JE for Sat Navs) from wherever your journey starts, just type in your postcode or starting location here:

There is a residents only parking scheme in operation around Carrow Road, which is strictly enforced, so it is advisable to explore other options such as nearby Car Parks, or the Park and Ride Scheme.

We’ve compiled a list of car parks, below, near Carrow Road for hassle free parking while you’re at the match.

Norwich Railway Station is just a short 5 minute walk away from Carrow Road, which you should be able to see on the horizon as your train pulls in. Simply turn left when you exit the station, and keep going along Koblenz Avenue until you reach the Morrison’s Supermarket. You’ll then be able to see the stadium behind the Morrison’s.

There are a number of away friendly pubs near Carrow Road, all of which cater to different needs. Please note, however, that some bars require club colours to be covered and some do not allow children.

However, rather than take our word for it, we want to give you the view from other away fans who have visited Carrow Road.

Over the coming months we will be building up fans reviews of the best places to drink on an away trip to Norwich City, and you’ll be able to find them here.

It has 22 screens located around the large oval bar where customers are able to watch all sports from any point in the venue. It has a large selection of bottle and draught beer including Coors light, East Coast IPA, Carling, and Budweiser.

The venue does not serve food, however you are welcome to bring in or order takeaway and there are booths available to sit in and stools around the bar. 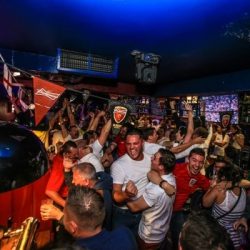 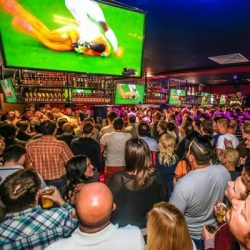 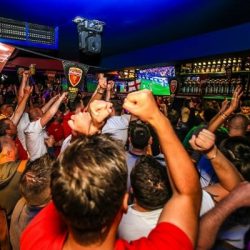 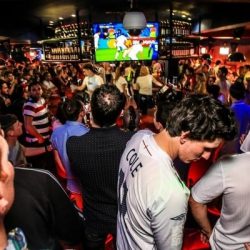 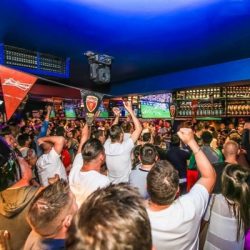 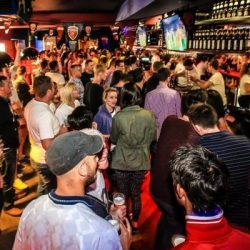 Norwich offers a variety of overnight accommodation to suit all budgets.

See what other away fans think of Norwich City’s Carrow Road in our ‘Away Day Reviews’.

See how Norwich City perform in our away day rankings, where away fans rate the pie, pint, cuppa and away day overall.