Preston North End played their first game at Deepdale in 1878, meaning the stadium now holds the distinction of having the longest continuous use for association football in the world. At one point, it was one the only stadium in England to feature a plastic pitch, but after 8 years it was ripped up after it proved unpopular with fans and players.

Deepdale has been completely rebuilt over recent years, with the most recent Invincibles Stand completed in 2008. This stand was named after the 1888/89 team who went the season unbeaten. The other three stands are all named after former players (Bill Shankly, Alan Kelly, and Sir Tom Finney), and have their images on the seats.

Away fans visiting Deepdale are located in the Bill Shankly Stand behind the goal. The typical allocation for visiting supporters is around 3,000 but for teams with a large support, the whole end can be allocated which is nearer 6,000.

For directions to Preston North End’s Deepdale (PR1 6RU for Sat Navs) from wherever your journey starts, just type in your postcode or starting location here:

There are 2 car parks available at Deepdale itself but at £12.50, it’s quite pricey. Alternatively, there are a couple of matchday car parks near the stadium which prove popular with away fans.

We’ve compiled a list of car parks, below, near Deepdale for hassle free parking while you’re at the match.

Preston Railway Station is the closest to Deepdale, although it’s around a mile and a half away so many fans choose to jump in a taxi to the stadium, which will cost around £7. If you choose to walk, exit the station and turn left in front of the Fishergate Centre, where you will pass the Railway Pub. Continue along this road until you get to the T-junction, where you need to turn right and walk straight down Fishergate, but make sure you ignore where the road forks and becomes Corporation Street. After about three quarters of a mile, the road becomes Church Street. With the church to your right, continue until you reach the A6 junction. Cross this road with the prison on your right, then turn left into Deepdale Road. Keep walking down this road where you will eventually reach the stadium.

There are a number of away friendly pubs near Deepdale, all of which cater to different needs. Please note, however, that some bars require club colours to be covered and some do not allow children.

However, rather than take our word for it, we want to give you the view from other away fans who have visited Deepdale.

Over the coming months we will be building up fans reviews of the best places to drink on an away trip to Preston North End, and you’ll be able to find them here.

Moor Park Sports & Social Club (formerly Fulwood Conservative Club) is based on Blackpool Road, Preston. The postcode is PR2 3AE, but for your Sat Nav use PR1 6AD.

The club is close to motorway junctions for the M6 and M55 and just 10 minutes easy walk to Preston’s Deepdale Stadium. A warm welcome awaits visiting supporters both before and after matches with a spacious car park at a minimal charge.

The bar stocks a very good selection of beers, wines and spirits at competitive prices. The club has a separate function room, 2 large bowling greens, 2 match-standard snooker tables and a pool table. 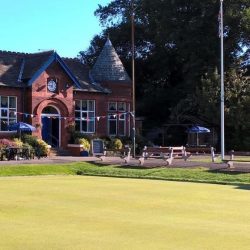 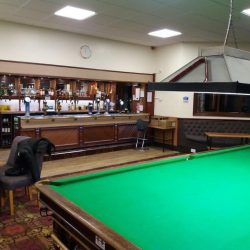 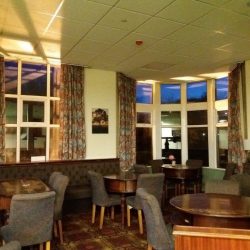 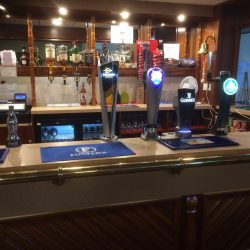 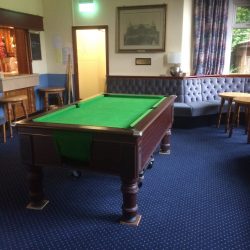 The Station is located in the heart of Preston, directly opposite Preston Train Station. With Preston North End just a 10 minute drive away, the Station is the perfect place to welcome away football fans as soon as they step off the train, before heading to the game. The pub is also a popular place to grab a quick pint before getting back on the train post-match.

The Station has loyalty pricing just for football fans which is accessible by simply showing your football ticket to the bar staff. The pub also has live entertainment on every Friday and Saturday as well as a large selection of draught, bottled beer, cask and craft ales, wines and spirits. 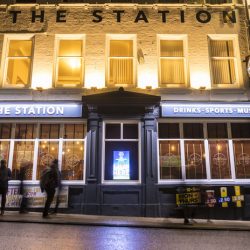 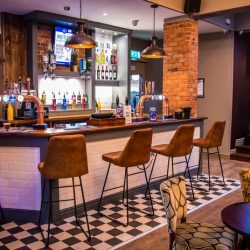 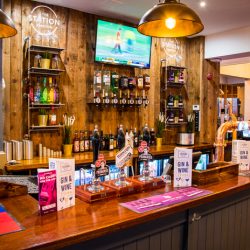 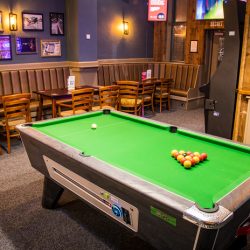 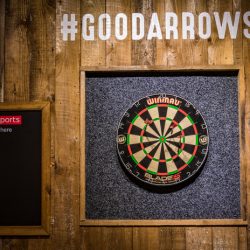 Preston offers a variety of overnight accommodation to suit all budgets.

See what other away fans think of Preston North End’s Deepdale in our ‘Away Day Reviews’.

See how Preston North End perform in our away day rankings, where away fans rate the pie, pint, cuppa and away day overall.